Manufacturing Industry 4.0 and beyond

If there’s one constant for the manufacturing sector in New Zealand, it is resilience. Despite claims of crisis prior to the 2017 General Election, manufacturing has done a lot more than simply ‘chugging on’. In fact, our manufacturers, who employ more than 240 000 people, have grown strongly since the Global Financial Crisis, increasing employment and production. Right now, manufacturing makes up 12 percent of the economy and accounts for up to half of all exports.

In other words, there is a lot to be proud of and a lot to protect, in the national interest. That’s why manufacturers have to stay on top of any advancements which can be used to their advantage.

While things are good and the sector has shown its mettle, manufacturing is probably one of the more precariously balanced industries. There’s always the threat of someone else doing it cheaper somewhere else. That’s entirely possible owing to the high local cost of labour and compliance, the high cost of premises and utilities, and of course the ‘tyranny of distance’ which puts New Zealand far from international markets both for outbound finished goods, and inbound raw materials.

That’s why manufacturers are generally highly receptive to the introduction of technological progress.

The advent of what some call the Fourth Industrial Revolution, or Industry 4.0, or simply 4IR, is delivering a raft of advancements many of which are finding fertile ground in local manufacturing shops. (It’s worth bearing in mind that the first, and every subsequent, Industrial Revolution was largely centred around manufacturing but had impacts across multiple industries and indeed on the fabric of society itself.)

If you haven’t heard about Industry 4.0 already (our bet is that you have), some of the advancements – and they are advancements, by and large, not entirely new things - include better robotics, ‘artificial intelligence’, nanotechnology, quantum computing, biotechnology, the Internet of Things, fourth and soon fifth-generation wireless network technologies (5G) and 3D printing.

On top of that, every Industrial Revolution builds on the successes of the preceding ones; it isn’t therefore surprising in the least that most of the 4IR technologies aren’t new but refined. Take the much-vaunted ‘3D Printing’, better described as additive manufacturing. That was invented in the early 1980s. Robotics? The first programmable arm was on a General Motors assembly line back in 1962. Nanotechnology? Computers and electronics have steadily shrunk since the Colossus computer of the late 1940s.

Artificial Intelligence? Still as thick as two short planks. All it really is, is much better software and there was an awful lot of room for improvement there, anyway. Internet of Things? There might be a human behind it, but every connected computer or device is in fact a ‘thing’.

What is changing rapidly is the accessibility of a lot of these technologies. Amazon Alexa, Apple Siri and OK Google might not be manufacturing solutions, but they do demonstrate that everyone can access some pretty amazing tech for next to no money.

The Internet of Things is exciting not because something else is connecting, but because lots of things can connect for next to no money. 3D printing is exciting because it is cheap and can add great value in proportion to the cost.

This is where local manufacturers really can sit up and take notice, if you haven’t already. 4IR is already giving way to Industry 5.0. In this brave new dawn, we can, more likely than not, look forward to more of the same. That might sound ‘ho-hum’, but it isn’t, in the same way that an iPhone X isn’t just a slightly better computer than spiritual predecessor Colossus. It means the possibility of previously unobtainable technology being quite affordable and, probably in due course, nothing more than a commodity.

Now, we’re not here to teach fish to swim. The resilience of the industry is itself testament that manufacturers recognise and integrate the best methods, techniques and technology to run sustainable and profitable businesses. There isn’t much choice in the matter in a globalised environment; it used to be ‘fast, cheap, good, pick any two’, but these days unless all three are present, you might not be in business.

But timing, as always, is the trick. With any change comes winners and losers and the real determinant of the podium is timing. That’s why it’s essential to stay vigilant, keep abreast of how technology is shaping the world, and grab the stuff which matters to your business at the right moment.

We work in technology, too. Our partnerships with the word’s leading vendors means we’ve got a finger on a few pulses; we’re always happy to engage with you to see how and where we can work together for the benefit of your operations. Feel free to get in touch any time. 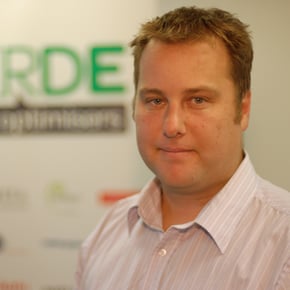 Craig has a wealth of experience in delivering business solutions across several industries. Prior to joining Verde over 10 years ago, Craig worked as a Business Analyst for several large law firms. He is passionate about improving efficiency and making life easy for the customer. Craig enjoys sailing and cars... in that order.

Distribution: The cloud has the answers you need

We work with a number of customers involved in the business of distribution. Regardless of the goods being distributed, there ...
Start Reading
Craig Anderson 5 min read

How the cloud hits the Suite spot

There are a number of factors inherent to the business of distribution which makes the advent of cloud technology an absolute ...
Start Reading